Army Boots are a type of footwear featured in The Last Stand: Union City. These boots match the Army DCU Jacket, Army DCU Pants, Military Helmet, and Army Kevlar Vest. Together, they form the standard uniform for military personnel.

The technology and design behind these essential field equipment has come a long way since the first leather caligae were issued to the soldiers of Ancient Rome. After years of design changes and advances in new materials, today's boots feature hard, protective soles and tough walls, without sacrificing on breathability to ensure a healthy environment for your feet.

Most soldiers keep their issued boots after being discharged, while many boots are also sold in fashion apparel stores due to their growing trend.

They can only be found by lucky/skilled finds or drops by zombies. They are very rare.

The boots are purely cosmetic, and have no effect on gameplay whatsoever. 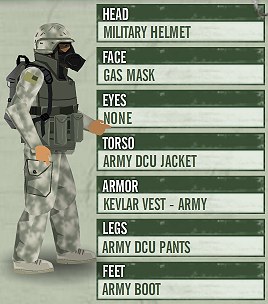 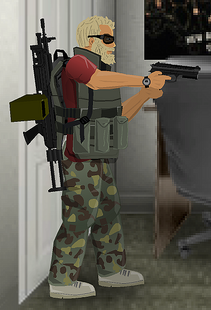 A survivor wearing a pair of army boots 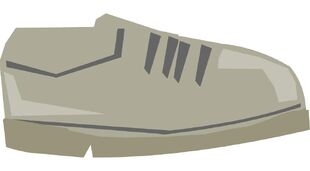 The army boots in the game files
Add a photo to this gallery
Retrieved from "https://thelaststand.fandom.com/wiki/Army_Boot?oldid=110757"
Community content is available under CC-BY-SA unless otherwise noted.