For books in general, see books.

The Book is a junk item in The Last Stand: Union City.

A book on some topic.

Writing has been around for millenniums, although it is unclear who came up with the first writing system ever. Cuneiform from Mesopotamia is generally the accepted theory on the origin of writing. Stone, clay, and wood were used as writing surfaces until paper (papyrus) was invented by the Egyptians. Because of its flexibility, paper could be bound into a hinge, allowing for it to be closed and opened easily, and for the pages to be held together and remain organized, resulting in the books as we know them today. The modern age has given rise to electronic books read from tablets and Kindles, although physical books are still in use.

Can be borrowed from any library, purchased at any bookstore, and heisted from both. 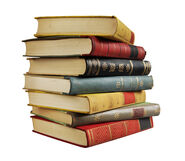 A pile of books.
Add a photo to this gallery
Retrieved from "https://thelaststand.fandom.com/wiki/Book_(junk)?oldid=126749"
Community content is available under CC-BY-SA unless otherwise noted.