The Depot is a type of location that can be searched in The Last Stand: Dead Zone.

Before the outbreak, these places oversaw the distribution of all sorts of goods throughout the State, with trucks and vans coming and going every day. They were abandoned when the infection swept through, and many fled in the trucks and vans, along with the cargo it held. However, a few remain, with bounties for any desperate survivor in the trunk.

The level of a Depot is always 2 levels higher than the area it is in.

Due to the quantity of zombies initially on the map, the street should be cleared first before entering the depot itself. Since there are about five spawn points, LMGs and rifles are strongly recommended. To protect the scavenger, keep the entire group together as they move from container to container.

For its size, the depot actually does not spawn too many zombies. After clearing out the street, zombies inside the depot are much less numerous. Keeping a healthy distance from the spawn points is advised to give survivors time to gun down the zombies. Be mindful that this map contains many hidden containers, so rotating the camera angle a few times is necessary to complete the map. Although a three-person team is doable, it is recommended to have a four-person team. 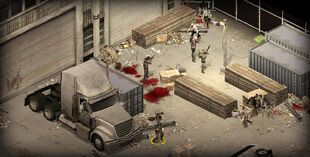 Early screenshot of the Depot 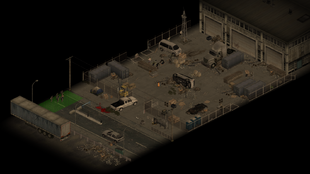 Layout of the Depot (A) 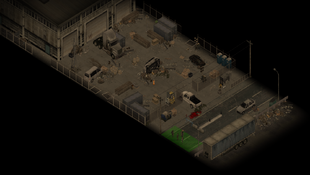 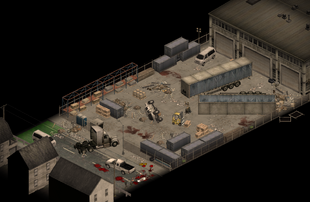 Layout of the Depot (B) 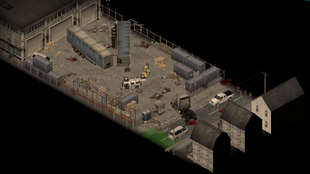 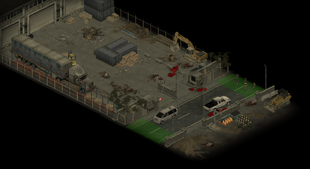 Layout of the Depot (C) 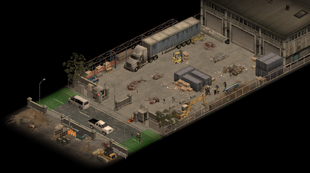 Alt. view of the Depot (C)
Add a photo to this gallery
Retrieved from "https://thelaststand.fandom.com/wiki/Depot?oldid=121589"
Community content is available under CC-BY-SA unless otherwise noted.