Effects are a feature in The Last Stand: Dead Zone.

Effects, when activated, will appear on the top-left corner of the playing area under the Leader's name, and to the right of book slots. Effects may provide a number of changes to gameplay, such as protection against raids, increased XP, increased infected, or purely cosmetic changes. All effects have a timer, and the effect will be removed when the timer expires. Most effects cannot be voluntarily removed by the player, and can only be removed by waiting for the timer to expire.

Only the 3rd Birthday Box and the 5th Birthday Boosting Box contain boosts.

A compound under the protection effect 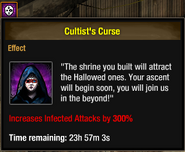 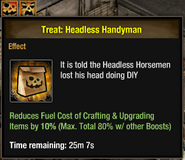 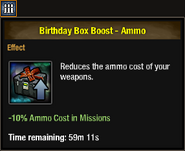 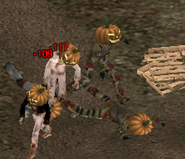 The Infected Pumpkin Trick in action.
Add a photo to this gallery
Retrieved from "https://thelaststand.fandom.com/wiki/Effects?oldid=123894"
Community content is available under CC-BY-SA unless otherwise noted.