The FAL is a battle rifle[n 1] featured in The Last Stand: Union City.

The FAL deals great amounts of damage and has relatively high accuracy, which makes it excellent at taking out small to large groups of enemies at a distance. However, its long length and low ROF make it a poor choice at close range. It is the only automatic gun to be useful against armored zombies in the Headshots Only game mode.

The Spec Ops variant in the game files, with magazine removed (Alpha) 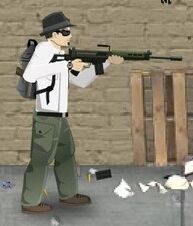 A survivor holding the FAL at the ready 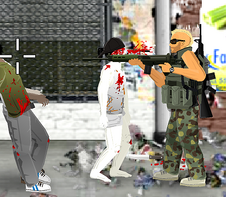 Retrieved from "https://thelaststand.fandom.com/wiki/FAL_Battle_Rifle_(TLS:UC)?oldid=130079"
Community content is available under CC-BY-SA unless otherwise noted.