Not to be confused with the Whistler's Forest Nature Reserve.

The Forest is a location that can be searched in The Last Stand: Dead Zone.

A section of wild land.

Before the outbreak, the forests surrounding Union City were dotted with lodges, gardens, workyards, and campgrounds, providing quiet havens away from the hustle and bustle of the city for recreation and residence. Many of the roads leading into and out of these places were unpaved, making evacuation difficult during the zombie outbreak. While their marginal seclusion may have shielded them from the worst, their condition deteriorated quickly when the zombies overpowered those who remained. Survivors who dare to traverse these lands may be surprised by the hordes of infected that burst unexpectedly out of the surrounding foliage.

The level of a Forest is always 3 levels higher than the area it is in.

Forests are very large maps with a high zombie spawn rate. Zombies generally emerge from the surrounding foliage, but they may also spawn from other locations; in variant A, three spawn points are located in the farmhouse, while variant B has three spawn points in the big green tents.

Survivors must cover a lot of ground and should move together as there are plenty obstacles between containers. LMGs and assault rifles are recommended given the size of the map and the amount of zombies. A long rifle is also feasible, as there are generally few objects that block projectiles. 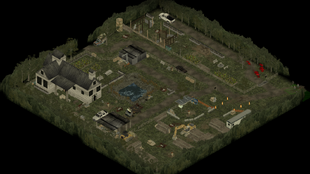 Layout of the Forest (A) 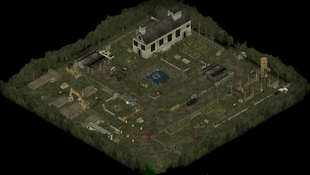 Alt. view of the Forest (A) 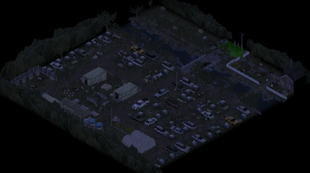 Layout of the Forest (B) 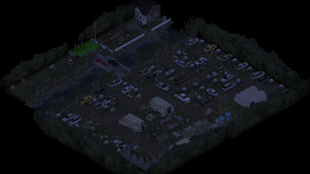 Alt. view of the Forest (B)
Add a photo to this gallery
Retrieved from "https://thelaststand.fandom.com/wiki/Forest?oldid=121416"
Community content is available under CC-BY-SA unless otherwise noted.