The Hallowed Candle is a component in The Last Stand: Dead Zone. It was only available during the Halloween event in 2014.

A ceremonial candle used to construct the Hallowed Shrine.

Candles have been used in religious ceremonies for centuries. Candles are placed before Buddhist shrines as a sign of respect, and in Christianity the light represents God. Hanukkah in Judaism is celebrated by lighting a menorah every night to commemorate the rededication of the Temple in Jerusalem. Candles are typically lit to commemorate a deceased loved one. And with so many people deceased now, due to the zombie apocalypse, now's your turn to light these ceremonial candles and show some respect. 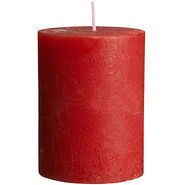 A candle in real life.
Add a photo to this gallery
Retrieved from "https://thelaststand.fandom.com/wiki/Hallowed_Candle?oldid=123048"
Community content is available under CC-BY-SA unless otherwise noted.