The Hardware Store is a type of location that can be searched in The Last Stand: Dead Zone.

Good source of resources for construction.

Hardware stores are a common sight throughout North America, though not as common as they used to be. Before the outbreak, they sold a large variety of household hardware ranging from electrical supplies to keys, along with some building supplies, which makes them the first port of call for survivors in need of construction materials.

The level of a hardware store is always one level lower than the area it is located in.

Hardware stores are small and only have two zombie spawns, both of which can be covered by a survivor carrying a medium-ranged weapon, such as an assault rifle or a melee weapon. Generally low risk, a mission in a hardware store can easily be completed by only two or three survivors, as long as they stem the flow of any zombies and scavenge quickly. 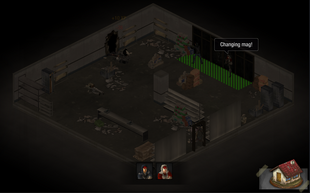 Layout of the Hardware Store (A) 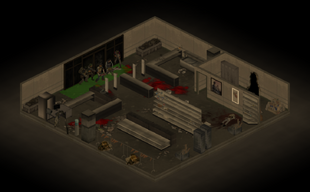 Layout of the Hardware Store (B) 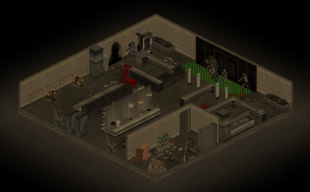 Alt. view of the Hardware Store (B)
Add a photo to this gallery
Retrieved from "https://thelaststand.fandom.com/wiki/Hardware_Store?oldid=117292"
Community content is available under CC-BY-SA unless otherwise noted.