The Hockey Stick is a blunt weapon featured in The Last Stand: Union City.

Some kind of Canadian egg flipper.

This is the longest of all the melee weapons that can be found in the game, but players will find that its vast reach does not make up for its low knockback and damage rating, which are considerably inferior to other common melee weapons; even the Heavy variant lacks a considerable boost in damage. Use this only if no other weapons are available. 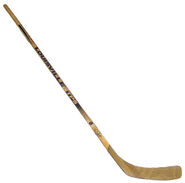 An example of a typical hockey stick

A hockey stick at the ready
Add a photo to this gallery
Retrieved from "https://thelaststand.fandom.com/wiki/Hockey_Stick_(TLS:UC)?oldid=94765"
Community content is available under CC-BY-SA unless otherwise noted.