The Kevlar Vest - HERC is a type of armor featured in The Last Stand: Union City. It is similar in appearance to the Kevlar Vest - Police and can be seen being worn by the HERC troopers scattered throughout Uptown and Union Island, except for those inside the Union Park Outpost.

A modular tactical vest worn by HERC operatives; possessing all the mil-spec features of its military counterparts, the vest's trademark black coloration is also a specially applied laminate coating to help protect the material and its wearer from biological contaminants.

It reduces the amount of damage taken by the player from all attacks that hit the torso (able to stop more damage than the Army Kevlar Vest and Police Kevlar Vest) and weighs 10 lbs.

It is only available to the player upon purchasing the Survival Kit, where it defaults in the player's Storage. 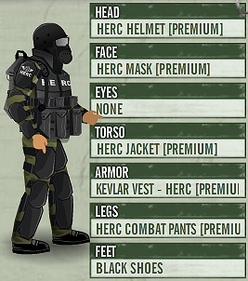 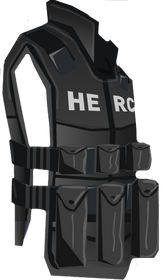 The vest as seen in the game files 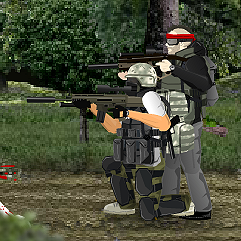 A survivor (left) wearing a vest 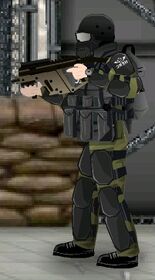 A HERC trooper in Uptown wearing the vest 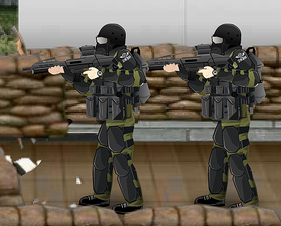 Two HERC troopers in Union Island, each wearing a vest
Add a photo to this gallery
Retrieved from "https://thelaststand.fandom.com/wiki/Kevlar_Vest_-_HERC?oldid=110777"
Community content is available under CC-BY-SA unless otherwise noted.