This article is about the version in TLS:UC. For other versions, see M16A2 (TLS:DZ). For an overview, see M16A2 (overview).

The M16A2 is an assault rifle featured in The Last Stand: Union City.

The M16A2's burst-fire feature imparts a three-round limit during automatic fire, keeping the weapon accurate even after consecutive bursts. This feature also adds the benefit of reducing ammo consumption at the cost of creating a limit to firepower. It is best used for eliminating groups of enemies at a distance, as the burst-fire feature reduces effectiveness at close range. The M16A2 is best given to a companion, as they will fire the rifle fully automatically with virtually no delay between each burst.

A survivor reloading an M16A2

Sergeant Ramirez toting his M16A2 on guard duty in the Stadium 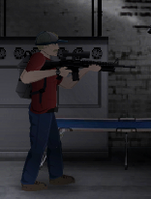 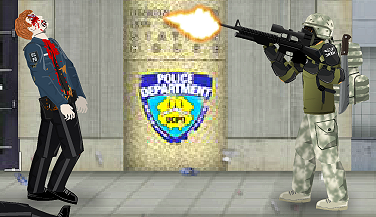 A survivor using a Scoped M16A2 to kill an undead cop

Retrieved from "https://thelaststand.fandom.com/wiki/M16A2_(TLS:UC)?oldid=129833"
Community content is available under CC-BY-SA unless otherwise noted.