The M4A1 is an assault rifle featured in The Last Stand.

Compared with its counterpart, the AK47, it is more accurate, but deals slightly less damage. The differences between them are otherwise negligible, so choosing between the two should be a matter of personal preference.

The M4A1 in real life, with vertical foregrip attached to a rail

Jack armed with an M4A1

A soldier zombie with an M4A1 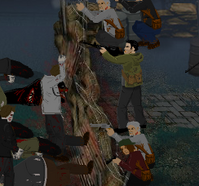 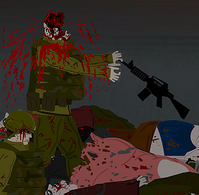 A soldier zombie dropping an M4A1 after being killed 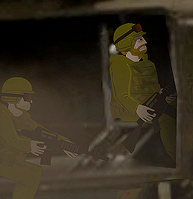 Retrieved from "https://thelaststand.fandom.com/wiki/M4A1_(TLS1)?oldid=104923"
Community content is available under CC-BY-SA unless otherwise noted.