Not to be confused with Large Park or Union Park.

The Park is a type of location that can be searched in The Last Stand: Dead Zone.

These beautiful, open parks once kept the wonders of nature safe within the concrete jungle that surrounded them. Then the outbreak came, and so did HERC. They set up outposts in these parks that served as quarantine zones that filtered out the infected amongst the survivors they picked up. Some survivors whispered that horrific experiments were conducted in some of these outposts, and that being "relocated" to one was a fate worse than death.

Whatever the case, HERC has long since abandoned these outposts, but they may have left some of their high-grade equipment behind, along with supplies for their personnel and any survivors that were in their custody.

The level of a Park is always 1 level higher than the area it is in.

Being an open map in the three variants available, the park is a good place to bring long range guns like Assault Rifles or Long Rifles. 4 spawn points located in each direction with one present in the middle or next to HERC tents makes it easy to keep an eye on the zombies while the scavenger searches the containers, which tend to be in the sides of the map and the outside of the middle area. 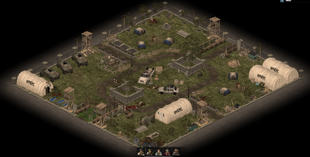 Layout of the Park (A) 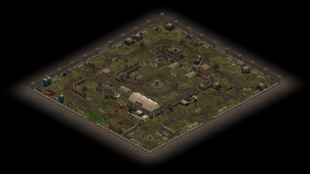 Layout of the Park (B) 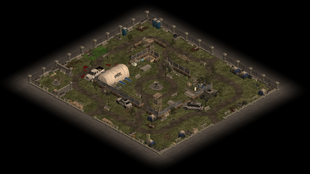 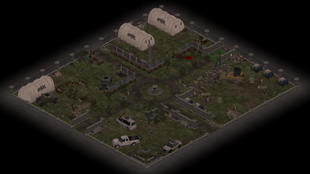 Layout of the Park (C) 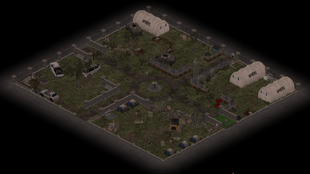 Alt. view of the Park (C)
Add a photo to this gallery
Retrieved from "https://thelaststand.fandom.com/wiki/Park?oldid=122415"
Community content is available under CC-BY-SA unless otherwise noted.