The Pipe Wrench is a blunt weapon featured in The Last Stand: Dead Zone.

An adjustable wrench for attaching and removing soft pipes and fittings has found a new use among survivors in the Dead Zone, where its weight and durability found its way in the hands of anyone desperate or brave enough to bash some heads.

Available in hardware stores and workshops.

A slow but powerful weapon, the Pipe Wrench can kill most enemies in 1-2 hits. The surviving zombies will get knocked back, to be hit again, or to get killed by the wielder's companions. However, the range and slow attack speed can get a survivor injured if used in large crowds. Best equipped by fighters, as their health will last the beating. 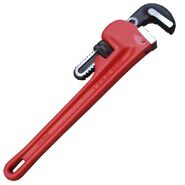 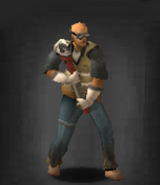 A survivor equipped with the Pipe Wrench
Add a photo to this gallery
Retrieved from "https://thelaststand.fandom.com/wiki/Pipe_Wrench?oldid=115579"
Community content is available under CC-BY-SA unless otherwise noted.