The Ram is a blunt weapon featured in The Last Stand: Dead Zone.

A handheld and modernized iteration of an ancient siege weapon, it is a devastating implement against doors, walls and anything else unfortunate enough to be in front of it. Also gives a killer upper body workout!

An incredibly powerful weapon, the few enemies that can withstand even one blow will likely be sent stumbling, making them easy prey for fellow survivors. However, large groups will be the bane of anyone wielding this lumbering behemoth. A Vest and/or backup from other survivors is highly recommended. 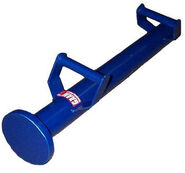 A survivor equipped with a Ram 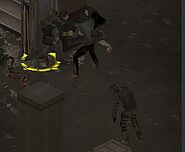 A survivor swinging the Ram at a zombie in-game
Add a photo to this gallery
Retrieved from "https://thelaststand.fandom.com/wiki/Ram?oldid=104887"
Community content is available under CC-BY-SA unless otherwise noted.