The Street is a type of location that can be searched in The Last Stand: Dead Zone.

With the spread of the infection, the initial panic and chaos have left signs still visible in the Dead Zone today. Dead bodies and abandoned vehicles can be seen scattered all around, while overrun military checkpoints echo the stories of failed attempts to keep order. While police and military grade equipment is relatively plentiful here, the various adjacent buildings and alleys are host to crowds of the undead, waiting for those brave or foolish enough to walk these streets again.

The level of a street is always two levels higher than the area it is in.

The large amount of open space available lends itself to the use of medium-long range weapons like long rifles and assault rifles. Shoes may be a good choice of gear for some of the slower survivors as well, since a lot of ground has to be covered.

The safest strategy is to move as a group, with around three combat-oriented survivors guarding a designated scavenger, as there are several containers that are positioned quite closely to the zombie spawn points, which are also scattered throughout the map. Due to both the positions of the spawn points and the number of zombies spawned, getting surrounded is a very real possibility. As long as the player stays alert, however, the mission should be quite straightforward.

If one is interested in gaining XP, a street may be a good location to go to, as the positioning of the zombie spawns as well as the frequency of zombies make it easy to level up or complete achievements. 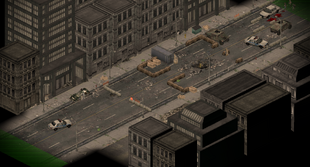 Layout of a Street (A) 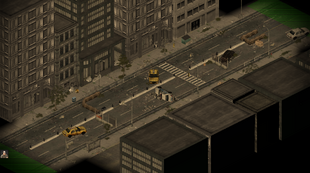 Layout of a Street (B) 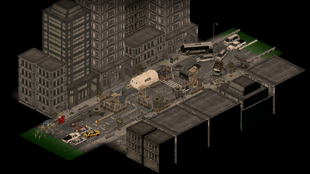 Layout of a Street (C) 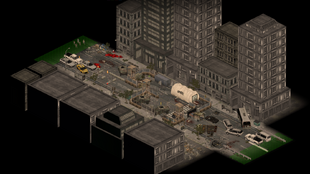 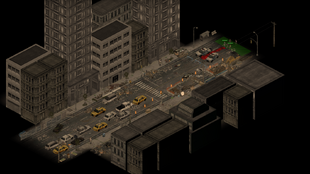 Layout of the Street (D) 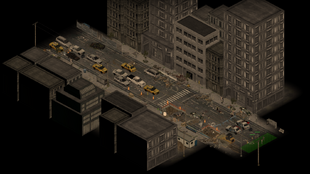 Alt. view of a Street (D)
Add a photo to this gallery
Retrieved from "https://thelaststand.fandom.com/wiki/Street?oldid=131502"
Community content is available under CC-BY-SA unless otherwise noted.