Not to be confused with Suburban Block.

The Suburban Street is a type of location that can be searched in The Last Stand: Dead Zone.

Before the outbreak, these streets on the outskirts of Union City were filled with the sounds of commuting cars and playing children, when families still lived in the small but comfortable homes that lined them. Now, the only noises that can be heard here are the moans of the undead, the roar of gunfire and the dull thud as blade and mace strike flesh and bone; the only sounds in this silent, nightmarish but terrifyingly real cityscape are those of death....

The level of a Suburban Street is always 2 levels higher than the area it is in.

Much like the other street maps, keeping survivors together is the safest bet. Quite a few of the containers are positioned very close to the zombie spawns, so it would be wise to keep at least a few survivors near the designated scavenger. Also, due to the positioning and sheer number of zombie spawns, zombies will likely be coming from every possible direction. Keep moving from container to container and avoid getting surrounded.

Medium to long range weapons such as long and assault rifles are recommended, as there is plenty of space and few obstructions to block shots. It may also be wise to bring a few melee weapons as well in order to protect the shooters when they need to reload.

Since the fences around the front yards can restrict movement but not gunfire, gathering survivors in a yard during rushes can buy valuable time, allowing survivors to shoot while simultaneously avoiding the swarms of infected. The entrances into the lawns also provide a handy choke point for incoming zombies. However, some zombies can spawn adjacent to a house, so be wary of such points. 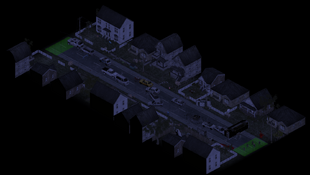 Layout of Suburban Street (A) 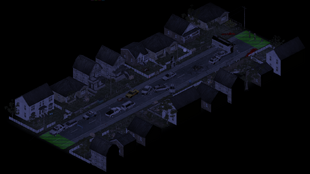 Alt. view of the Suburban Street (A) 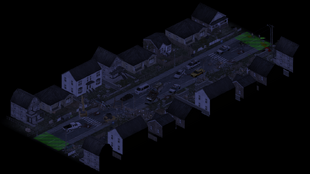 Layout of a Suburban Street (B) 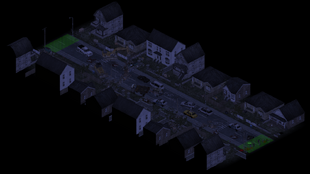 Alt. view of the Suburban Street (B) 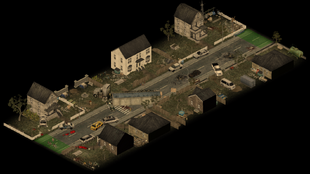 Layout of the Suburban Street (C) 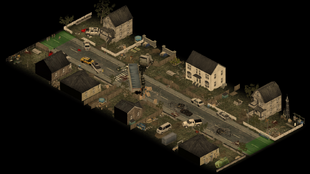 Alt. view of the Suburban Street (C)
Add a photo to this gallery

Retrieved from "https://thelaststand.fandom.com/wiki/Suburban_Street?oldid=121411"
Community content is available under CC-BY-SA unless otherwise noted.