An adaptation of the classic Prohibition-era snubnose. In its heyday it was quite popular due to its small size and ample stopping power, resulting in it being widely carried by law enforcement and private citizens. Renewed for the concealed-carry market, this model has been remade to take the rimless 9mm Parabellum round. 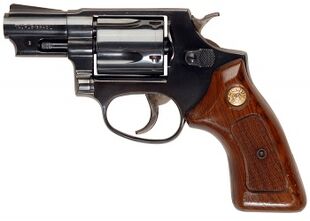 The Taurus Model 85, which vaguely resembles the Tauron 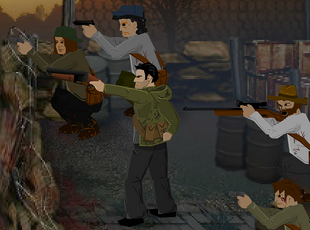 The left-most and bottom-most survivors are both wielding what appear to be Tauron 9mm's
Add a photo to this gallery
Retrieved from "https://thelaststand.fandom.com/wiki/Tauron_9mm_(overview)?oldid=84041"
Community content is available under CC-BY-SA unless otherwise noted.