Express your right to keep and bear arms with this home-made minigun built with all-American parts like the M16 and Mini Chainsaw. With it, you can liberate the undead from their wretched existence with 795 rounds per minute of freedom and justice whilst playing patriotic tunes with its integrated boombox. No patriot should be without one!

Survivors with sufficient materials and patriotism should be able to put these together.

An effective, if expensive in terms of ammo, weapon capable of rapidly shredding any target with its blistering rate of fire and high damage per shot, and its long effective range also allows its wielder to do so from a relatively safe distance, though accuracy will be an issue at any range. That same rate of fire does necessitate reloading more often, and while fast for an LMG, it will still leave the wielder vulnerable for some time. The speed penalty also makes repositioning or escaping more difficult should it become necessary, and its constant noise generation will attract a lot of attention. Support it with other survivors to mitigate these drawbacks.

Players should give this weapon to survivors with high ranged/improvised combat skills and/or specialization in LMGs, as they are able to assuage the drawbacks. 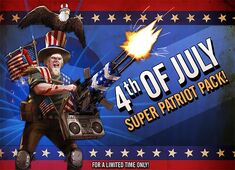 A promo image of a survivor wielding The 2nd Amendment 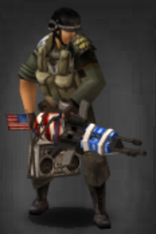 Retrieved from "https://thelaststand.fandom.com/wiki/The_2nd_Amendment?oldid=128025"
Community content is available under CC-BY-SA unless otherwise noted.