This article is about the first game in the series. For the entire series, see The Last Stand (series). 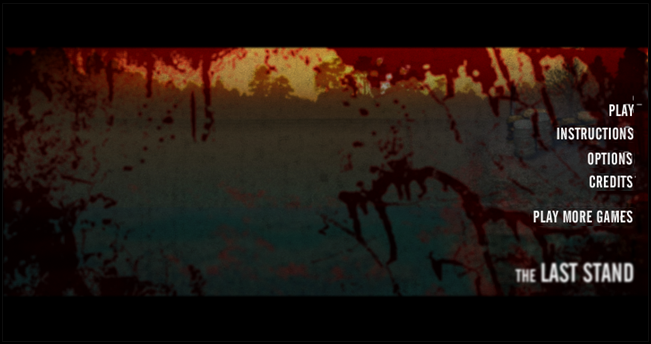 The player steps into the shoes of a survivor named Jack,[n 2] who finds himself in the midst of a massive zombie outbreak. Fortunately, he has just completed the construction of a sturdy barricade, in addition to having stockpiled a large amount of supplies before the outbreak began. Now, he must search for weapons and survivors and repair the barricade during the day, while fending off the encroaching zombie hordes during the night.

He keeps a daily log of events in his diary, which grow increasingly desperate as the days go on. As supplies start running low, Jack considers moving elsewhere with the survivors he has with him, but delays. Finally, after holding out for 20 days, a military helicopter arrives and rescues Jack and any survivors with him. Jack's last stand is over—or is it?

Weapons are listed in the order in which they can be obtained, and are typically obtained through putting hours into searching for them. Some weapons can also be obtained by killing certain zombies on certain nights.

Retrieved from "https://thelaststand.fandom.com/wiki/The_Last_Stand?oldid=126981"
Community content is available under CC-BY-SA unless otherwise noted.