The Last Stand: Dead Zone, often abbreviated as TLS:DZ or DZ, is the fourth installment in the The Last Stand series. It was announced on January 16, 2012 via Con Artist Games' Twitter feed and Facebook page.

The Early Access Beta was released on Facebook on February 21, 2012 and was only open to those who have liked The Last Stand's Facebook page. It was also released on Armor Games on August 14, 2012, Kongregate on December 18, 2012 and Yahoo Games on March 6, 2014, all of which require the user to create a free account to play the game.

Load out your team and run real-time missions to gather weapons, gear, construction materials and supplies in locations across the Dead Zone all while holding off the horde. With 30,000+ items available there's plenty of ways to despatch [sic] the walking dead.[2]

Whilst there is no storyline in-game yet, the game's backstory is heavily fleshed out.[n 1]

Alliances allow players to band together, whether to help each other to survive, to play alongside like-minded players, or to compete with other Alliances to reach the top of the leaderboard. Alliances are unlocked at level 10, and an Alliance Banner is required to join or create one. Players in an Alliance will receive special tasks and will be able to compete against players in other Alliances.

Up to 4 Books and 1 Tactics Manual can be equipped at a time to modify various aspects of the game like XP gain, resource production rates or zombie health. They can either apply purely beneficial effects or be a trade-off between bonuses and penalties. They have been reworked from their TLS:UC incarnation.

The Compound is the player's base of operations in the Dead Zone and the home of all the survivors in their group. It is also where all the structures necessary to sustain the survivors are built and placed.

Compound Structures provide the facilities for survivors to store resources, defend the compound, and keep themselves fit and rested. See Category:Compound for a list.

The Neighborhood is where other players' compounds can be seen and be interacted with. Players can either choose to aid another compound by speeding up building construction/upgrade times or to raid them.

The Communication System allows players to chat to one another in-game after constructing a Radio Tower and Radio Receiver, while constructing a Two-Way Radio unlocks private messaging. It is also a prerequisite for the Trading system.

After the Communication System has been set up, players can trade for items they may want or need with other players. Anything can be traded, except for Fuel, Infamous , Vintage and some event items.

Crafting allows the player to create and/or upgrade items once specific crafting benches have been constructed. Schematics, a small amount of Fuel and the appropriate components and/or resources are required in order to craft items, while only Fuel is required for upgrading.[n 2]

The Dead Zone Gazette announces updates to the game and special limited-time events.

Players can send their survivors out on Missions into the Dead Zone to scavenge for supplies and new equipment, earning XP and fending off zombies in the process. Missions can be automated or played manually.

Players' compounds may be raided by other players, unless the player is online or under protection. The raiding group can steal resources from the compound's storage and production buildings, but must also face any traps or survivors present there, which will be controlled by the AI.[n 3]

The Bounty Office is a feature where players can spend Fuel to put out a bounty on a player who raided them for other players to hunt down. Successfully claiming a bounty by eliminating the bounty target's Leader will grant the bounty hunter most of the Fuel spent on the bounty.

Protection prevents other players from raiding a compound. It can be obtained by purchasing it with Fuel from The Store or by taking sufficient damage in a raid. All players start with seven days of protection, to ease them in.

Most items can be recycled for resources and/or components. Most Structures can also be dismantled, which works in the same way. Every item and structure provides a set amount of either, depending on the specific type. Note that in order to recycle multiple items at once, the player must build the Recycler.

Survivors can conduct research projects to upgrade and improve various aspects of their compound or equipment. Players must build the Research Bench and find specific Research Notes to begin researching. Each research project takes about 20 hours to complete, and cannot be cancelled or sped up once initiated.

Resources must be collected in order to construct and upgrade buildings, as well as to sustain the player's survivors. There are currently 6 regular resource types (Wood, Metal, Cloth, Food, Water, and Ammunition) and 1 premium resource (Fuel, which can be purchased with real money, made with the F.U.E.L. Generator, or from removing junk piles), all of which can be scavenged during missions, obtained through recycling or collected from their respective drop-off points.

Survivors can take cover behind objects in order to avoid being struck by gunfire and can fire upon any opponents in range. However, whilst protected from incoming fire when in cover, a sufficient volume of fire on their position would suppress them, preventing them from returning fire.

Survivors can now be one of 5 different classes (Fighter, Engineer, Medic, Recon, Scavenger), each with its own strengths and weaknesses. There is also a 6th class reserved for the player's avatar, called the Leader.

Tasks provide objectives for the player to accomplish and provide XP and occasionally items when completed, much like Quests in TLS:UC. Achievements provide XP once their requirements are completed and are nearly identical to their TLS:UC incarnation.

Weapon Attachments and Conditions affect the various statistics possessed by weapons. It has been reworked from its TLS:UC incarnation, the details of which are covered in the article.

Most of the zombie types that have previously appeared in the series make their return, with several new ones also being added.

TLS:DZ Tips and Tricks contains tips compiled by many users to help others survive in the Dead Zone. If you're having trouble with an aspect of the game, feel free to look around in it.

From 21 January 2012 to 31 January 2012, a series of info files were released on Facebook. In order to unlock them, one had to press the Like button on The Last Stand's Facebook page. They are no longer available as of the release of the Early Access Beta.

On February 9, 2018, users on Facebook and Armor Games reported that they were no longer able to access the game, instead receiving a browser-generated error message in place of the game; Kongregate players were reportedly unaffected.[3][4] Users using Firefox were told that the security certificate for deadzonegame.com had expired at 7am GMT that day.[5] The issue could be resolved temporarily by changing the computer's clock to any date and time before the certificate's expiry date.[3][6] The issue was resolved on February 12, and an apology package offering a free 100

On September 15, 2020, Con Artist Games officially announced that the game would be shut down on December 31, 2020, coinciding with Adobe's official end of support date for Flash, following two years of declining activity. According to the announcement, time was spent researching alternatives to allow the game to continue running past 2020, but found "no compatible solutions". The Store will be closed by November 15, 2020, and the game's servers will be taken down on December 31, 2020.[1]

An after mission report.

A report from the Department of Defense about the effects of a new type of bomb.

A report about an airstrike on a city. 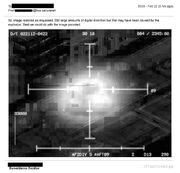 A cleaned up version of the photograph attached to the previous report. The HERC logo can be seen in the bottom left corner.

A recon report. The HERC logo is scratched out in the top left corner.

"Withdrawl order. All personnel to abandon posts. Civilians are not to be extracted. All civilians to be considered infected." 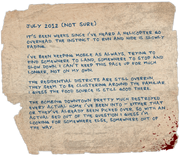 A note, likely written by Jack.

A view of 3 zombies by something equipped with a 30mm weapon, possibly an automated sentry gun. The code at the top right of the image translates to "Deadzone" with a Caesarian Shift of 6.

Info File #7: Welcome To The Dead Zone and Missions

The female versions of the character types revealed in the info files.

A screenshot from the game. 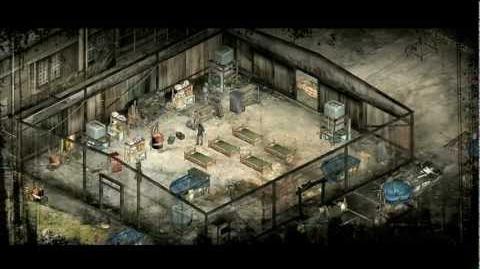 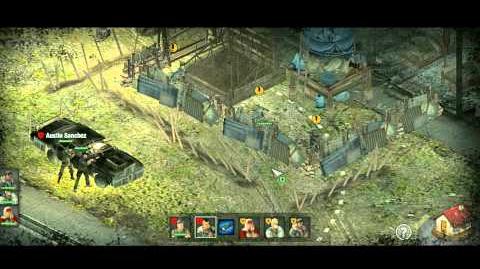 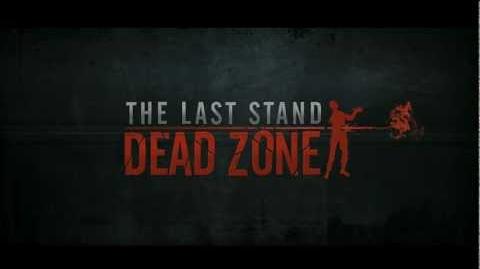