The reserve plays a crucial role in the "Into The Wilds" quest, as it is where Terry Granger can be found, and where the blood samples for the "Blood Samples" quest can be found as well.

However, players must beware of entering, as its confusing paths may find themselves lost deep in the woods.

There are six different sections of the reserve which can be explored. Each section has a unique set of landmarks (pictured in the gallery below) which can be used to easily mark the area.

The forest reserve is a complex and puzzling series of winding dirt paths and thick, seemingly never-ending brush and foliage. Exploring the reserve will leave the player lost and disoriented extremely easily.

Players venturing into the reserve in Survivor mode are advised to stock up on adequate food supplies and No Zzz pills before entering.

Use the map (located below, click to enlarge) to navigate the reserve. Be sure to note whether the arrow of the path points UP or DOWN, as this also affects where it leads to. Also use the many physical landmarks in the woods as a guideline to track your movement.

Below are the landmarks in the nature reserve.

Exit of the reserve, marked by pile of rocks to the left

Barrel in the first section

Tent with bag of ammo in the first section 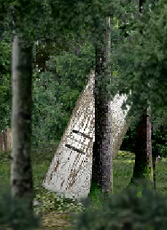 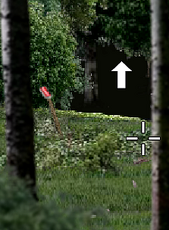 The pond in the fifth section

The old wooden fence in the fifth section

Terry's cabin in the sixth section
Add a photo to this gallery
Retrieved from "https://thelaststand.fandom.com/wiki/Whistler%27s_Forest_Nature_Reserve?oldid=127730"
Community content is available under CC-BY-SA unless otherwise noted.